The processing of personal data, such as the name, address, e-mail address, or telephone number of a data subject shall always be in line with the General Data Protection Regulation (GDPR), and in accordance with the country-specific data protection regulations applicable to Rosy Cheeks. By means of this data protection declaration, our enterprise would like to inform the general public of the nature, scope, and purpose of the personal data we collect, use and process. Furthermore, data subjects are informed, by means of this data protection declaration, of the rights to which they are entitled.

As the controller, Rosy Cheeks has implemented numerous technical and organizational measures to ensure the most complete protection of personal data processed through this website. However, Internet-based data transmissions may in principle have security gaps, so absolute protection may not be guaranteed. For this reason, every data subject is free to transfer personal data to us via alternative means, e.g. by telephone.

In this data protection declaration, we use, inter alia, the following terms:

2. Name and Address of the controller

Controller for the purposes of the General Data Protection Regulation (GDPR), other data protection laws applicable in Member states of the European Union and other provisions related to data protection is:

The Internet pages of Rosy Cheeks use cookies. Cookies are text files that are stored in a computer system via an Internet browser.

Through the use of cookies, Rosy Cheeks can provide the users of this website with more user-friendly services that would not be possible without the cookie setting.

By means of a cookie, the information and offers on our website can be optimized with the user in mind. Cookies allow us, as previously mentioned, to recognize our website users. The purpose of this recognition is to make it easier for users to utilize our website. The website user that uses cookies, e.g. does not have to enter access data each time the website is accessed, because this is taken over by the website, and the cookie is thus stored on the user’s computer system. Another example is the cookie of a shopping cart in an online shop. The online store remembers the articles that a customer has placed in the virtual shopping cart via a cookie.

4. Collection of general data and information

When using these general data and information, Rosy Cheeks does not draw any conclusions about the data subject. Rather, this information is needed to (1) deliver the content of our website correctly, (2) optimize the content of our website as well as its advertisement, (3) ensure the long-term viability of our information technology systems and website technology, and (4) provide law enforcement authorities with the information necessary for criminal prosecution in case of a cyber-attack. Therefore, Rosy Cheeks analyzes anonymously collected data and information statistically, with the aim of increasing the data protection and data security of our enterprise, and to ensure an optimal level of protection for the personal data we process. The anonymous data of the server log files are stored separately from all personal data provided by a data subject.

By registering on the website of the controller, the IP address—assigned by the Internet service provider (ISP) and used by the data subject—date, and time of the registration are also stored. The storage of this data takes place against the background that this is the only way to prevent the misuse of our services, and, if necessary, to make it possible to investigate committed offenses. Insofar, the storage of this data is necessary to secure the controller. This data is not passed on to third parties unless there is a statutory obligation to pass on the data, or if the transfer serves the aim of criminal prosecution.

The registration of the data subject, with the voluntary indication of personal data, is intended to enable the controller to offer the data subject contents or services that may only be offered to registered users due to the nature of the matter in question. Registered persons are free to change the personal data specified during the registration at any time, or to have them completely deleted from the data stock of the controller.

Rosy Cheeks offers users the possibility to leave individual comments on individual blog contributions on a blog, which is on the website of the controller. A blog is a web-based, publicly-accessible portal, through which one or more people called bloggers or web-bloggers may post articles or write down thoughts in so-called blogposts. Blogposts may usually be commented by third parties.

If a data subject leaves a comment on the blog published on this website, the comments made by the data subject are also stored and published, as well as information on the date of the commentary and on the user’s (pseudonym) chosen by the data subject. In addition, the IP address assigned by the Internet service provider (ISP) to the data subject is also logged. This storage of the IP address takes place for security reasons, and in case the data subject violates the rights of third parties, or posts illegal content through a given comment. The storage of these personal data is, therefore, in the own interest of the data controller, so that he can exculpate in the event of an infringement. This collected personal data will not be passed to third parties, unless such a transfer is required by law or serves the aim of the defense of the data controller.

8. Subscription to comments in the blog on the website

The comments made in the blog of Rosy Cheeks may be subscribed to by third parties. In particular, there is the possibility that a commenter subscribes to the comments following his comments on a particular blog post.

If a data subject decides to subscribe to the option, the controller will send an automatic confirmation e-mail to check the double opt-in procedure as to whether the owner of the specified e-mail address decided in favor of this option. The option to subscribe to comments may be terminated at any time.

The data controller shall process and store the personal data of the data subject only for the period necessary to achieve the purpose of storage, or as far as this is granted by the European legislator or other legislators in laws or regulations to which the controller is subject to.

If the storage purpose is not applicable, or if a storage period prescribed by the European legislator or another competent legislator expires, the personal data are routinely blocked or erased in accordance with legal requirements.

10. Rights of the data subject

11. Legal basis for the processing

12. The legitimate interests pursued by the controller or by a third party

Where the processing of personal data is based on Article 6(1) lit. f GDPR our legitimate interest is to carry out our business in favor of the well-being of all our employees and the shareholders.

13. Period for which the personal data will be stored

The criteria used to determine the period of storage of personal data is the respective statutory retention period. After expiration of that period, the corresponding data is routinely deleted, as long as it is no longer necessary for the fulfillment of the contract or the initiation of a contract.

14. Provision of personal data as statutory or contractual requirement; Requirement necessary to enter into a contract; Obligation of the data subject to provide the personal data; possible consequences of failure to provide such data

As a responsible company, we do not use automatic decision-making or profiling. 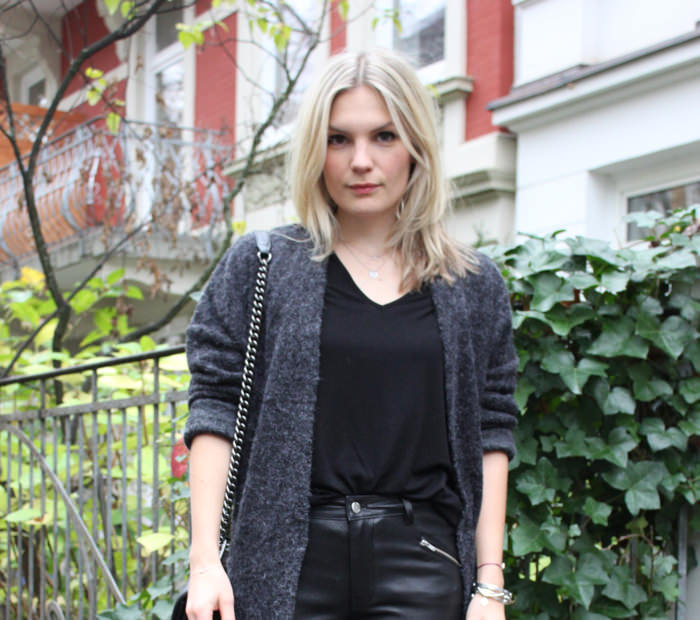